“If you can’t do it excellently, don’t do it at all.” – Anonymous
“Всё, что вы делаете, делайте хорошо или не делайте вообще!”

Makalani Travel Agency was registered as a tour operator in Ministry of Tourism NTB (Namibian Tourism Board) in November 2007. The Company has been a Full Member of the private Tour and Safari Association (TASA) in Namibia since 2011.

More than 60 various tours for Russian-speaking tourists in groups from 2 to 30 people, including 3 educational tours for travel agents from Russia, were successfully held in the period from 2007 to 2011.

“Every detail is important for organizing a tour!” Olga Sell has been working in tourism industry for more than 7 years. She has been a tour consultant since the foundation of the Makalani Travel Agency Company.

“Enjoy every moment of your journey!”
Rimma Raupert has been working as a freelancer tour guide (amateur) and tour consultant since 2008. Rimma has covered tens of thousands kilometers with Russian-speaking tourists on Namibian roads during this period. 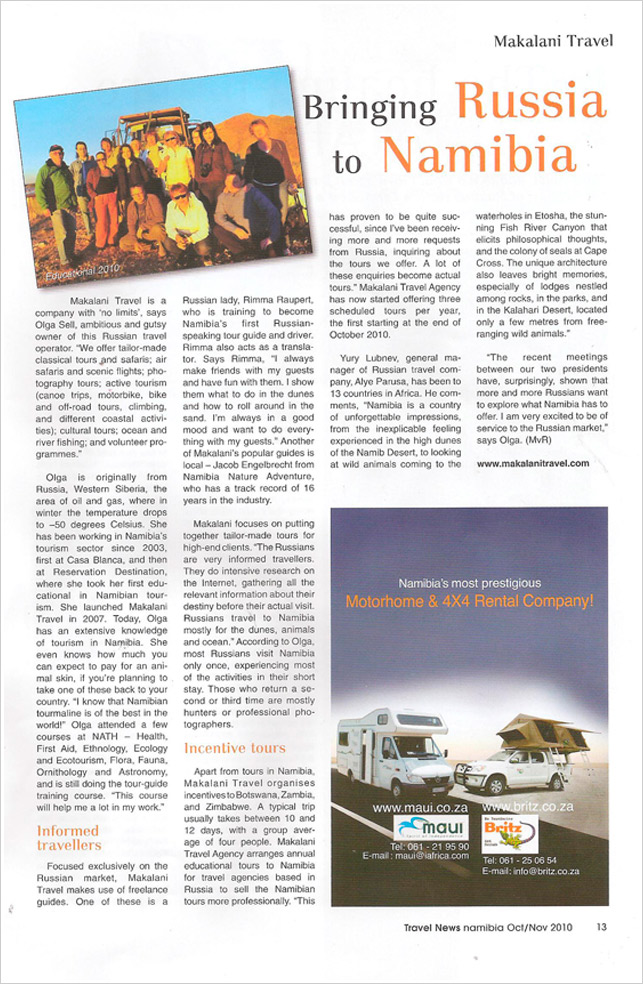